A woman who claims she had a botched abortion which landed her in the hospital will be testifying at a press conference outside a Michigan abortion clinic.

On Tuesday afternoon, pro-lifers will gather in Lathrup Village outside the Women’s Center of Southfield to call for a permanent revocation of the clinic’s license. The clinic is owned by abortionist Jacob Kalo and abortions are performed by abortionist Reginald Sharpe.

Pro-lifer Lynn Mills told Life Dynamics News that the woman has come forward after reading a story posted at the blog Saynsumthn.

The blog entitled, Ambulance removes woman from Michigan abortion clinic, detailed an ambulance being summoned to the Summit Medical Services abortion clinic in Detroit, where Reginald Sharpe worked at the time.

At the time of that blog post, Sharpe had been sued at least five times.

While there, the woman saw the e-mail address of a local pro-lifer who had commented on the blog. She decide to contact her about the abortion she received. That pro-lifer put her in touch with Mills. 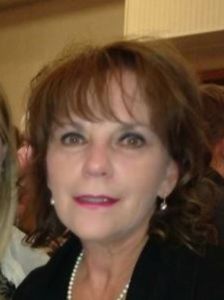 According to Mills, the abortionist perforated the woman’s uterus after she went to him for a 23 week and five day abortion.

Mills said after the botched procedure, the woman was removed from the abortion clinic out the back door by ambulance.

Mills sent Life Dynamics the transcript of the 911 call the abortion clinic placed, which she hopes state investigators will listen to in deciding whether to allow the clinic to continue operating.

In the call from the abortion clinic to dispatchers placed February 28, 2014, abortionist Reginald Sharpe asks for the ambulance to come ASAP because, “she has a hole and she’s bleeding.”

Unidentified female caller: I’m calling from WomanCare of Southfield. We have a patient here who needs emergency assistance to the hospital. We were doing a termination of pregnancy and there’s possible complication.

Receiver: Ya, how old? How old?

Unidentified female caller: She is 29 years old; she’s a female.

Unidentified female caller: She needs to go to the hospital like as soon as possible. Immediately.

Abortionist Reginald Sharpe: This is Dr. Sharpe, how are you doing?

Receiver: Good. We’re going to get the paramedics coming that way. I’m just asking the questions and we’ll get them coming to 28505 Southfield, ok?

Abortionist Reginald Sharpe: We need them right now, she has a hole and she’s bleeding.

Abortionist Reginald Sharpe: Ok, about how long do you think?

Receiver: As soon as I hang up on with you will get them coming that way, Doctor. Bye-bye.

According to Mills, the woman had to be hospitalized for several days as a result of her abortion.

Mills said the state Attorney General has since ordered the closure of Sharpe’s Woman’s Center of Southfield pending the outcome of an investigation.

The closure order took place November 21, 2014, and this has been confirmed by a suspension notice on the state’s website:

Mills said the Women’s Center of Southfield has failed no less than five inspections within the past ten months.

“I kept writing the state asking how many times do they get to fail?” Mills said.

Mills expects a hearing on the case to be held in March.